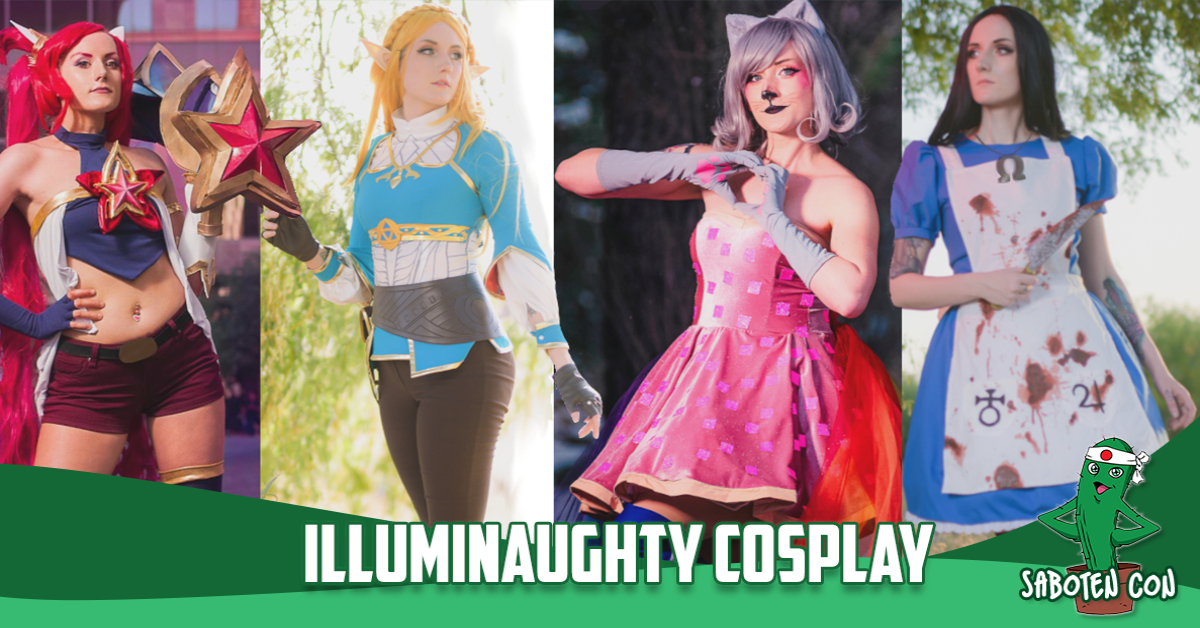 Paige of Illuminaughty Cosplay is an award-winning cosplayer, twitch streamer, and artist based out of Phoenix, Arizona. After attending her first convention, Saboten Con 2015, she taught herself how to sew and never looked back.

Paige has competed in cosplay competitions herself, starting back in 2017, and stepped into the judge role in 2022.

Paige loves to craft costumes from video games such as League of Legends, Pokemon, Super Mario Galaxy, and even whipped up original designs based on internet pop culture, like Nyan Cat! She is best known for her Star Guardian Jinx from League of Legends, Evelynn and Akali of KDA, and Alice Liddell from Alice Madness Returns.

Paige has come a long way since her humble beginnings using poster board, popsicle sticks, and whatever fabric was on clearance but still finds ways to incorporate unconventional materials into costumes. She uses her tablet, hot glue gun, and sewing machine to pull costume ideas right out of her imagination and onto the con floor. She was featured as a local creative in Voyage Phoenix Magazine and loves to encourage everyone to cosplay. She sees cosplay as an art form, a physical manifestation of our love for a character, and an outward expression of our nerdiness. The way you interpret a character is up to you!

When she isn't hunched over her sewing machine, Paige is streaming on twitch as Illuminaughty or designing stickers! If you want to talk about League of Legends, Evangelion lore, or anything Nintendo, Illuminaughty Cosplay is your gal!