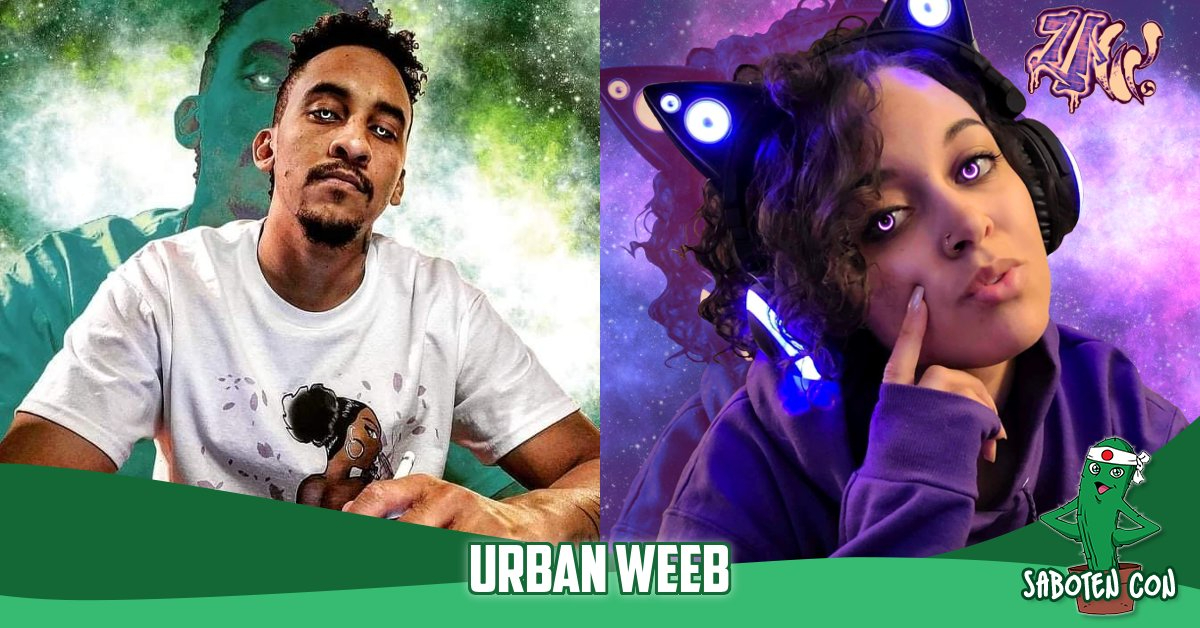 Urban Weeb was an idea founded in the most unlikely of places, at a kids playground between two love birds named Joshua Scott and Deanna Stutesman. Both grew up in vastly different states but still ended up loving the same thing. Whats that thing you ask? Anime. Joshua was born and raised in Detroit Michigan, Deanna Phoenix Arizona. They like to joke around and imagine that maybe as Adult Swim was playing the thousandth re-run episode of Inuyasha in 2004, that maybe the both of them were watching at the same time.

Fast forward 16 years to 2020 the two had hatched an idea to mash up their identities, their culture and affinity for anime to create art and a space that was comfortable and inviting for weebs and weebs of color alike, they called it Urban Weeb. Urban Weeb may be small and still has much to learn, but we love anime, we love art and we hope to share that which has brought all of us here together from our point of view. We are Urban Weeb, creating art for the fans by the fans.